Introduction to Currency for Kids and Teens

This video explains the concept of currency & exchange rate in a simple, concise way for kids and beginners. It could be used by kids & teens to learn about these, or used as a money & personal finance resource by parents and teachers as part of a Financial Literacy course or K-12 curriculum.

Howdy Wall Street Willy. A friend asked me about currency.

But what is a currency anyway?

A currency is a type of money issued by a country. That currency is usually only accepted in that one country.

For example, the currency of the United States is the U. S. Dollar.

Well, what’s the currency of Canada?

The currency of Canada is the Canadian dollar.

Well, what’s the currency of Australia?

What’s the currency of Singapore?

Is every country’s currency a kind of dollar??

No Sooper Cooper. Of course not. It’s different for different countries.

For example, the currency of the United Kingdom is the Pound, and the Japanese currency is the Yen.

Does every country have to have a currency?

Usually they do, but sometimes a group of countries can have a common currency. For example, most countries in Europe have the Euro as their currency.

What happens if I go from one country to another, and both countries have a different currency?

Do I have to get a job and earn there, in that currency?

You may also like:  What is Investing? A Simple Explanation for Kids, Teens & Beginners

No, you can exchange one currency for another currency. But the value might be different for different currencies.

For example, 1 US dollar is worth 113 Yen. This is called the exchange rate.

Yes, but it is the same amount of money if you exchange it back for US dollars.

Who decides the exchange rate?

Some countries have a fixed exchange rate where their government will decide the value of the currency, and when it will change.

But the currencies of most countries are traded just like stocks in a market called the forex market or the foreign exchange market. Their exchange rate is decided by various economic factors, like how fast the countries are growing, how stable they are and the interest rate in each country.

Currencies of most countries are traded in a market called Forex / Foreign Exchange market. The exchange rate is decided by factors like the growth rate and interest rate in each country. #FinancialLiteracy #FinanceForKids
Click to Tweet

Well, does the exchange rate stay the same or does it change over time?

For currencies that are traded in the forex market, the exchange rates will change every day – just like stock prices.

What happens when people from two different countries are doing business with each other?

What currency would they pay in?

Well, I keep hearing about Bitcoin.

Bitcoin is a type of crypto currency, but that’s a topic for another time…

Thank you very much for telling me about currency and exchange rates, Wall Street Willy.

Would you like to know anything else about currencies or exchange rates? Please let us know in the comments below.

Podcast: What is Currency and Exchange Rate? 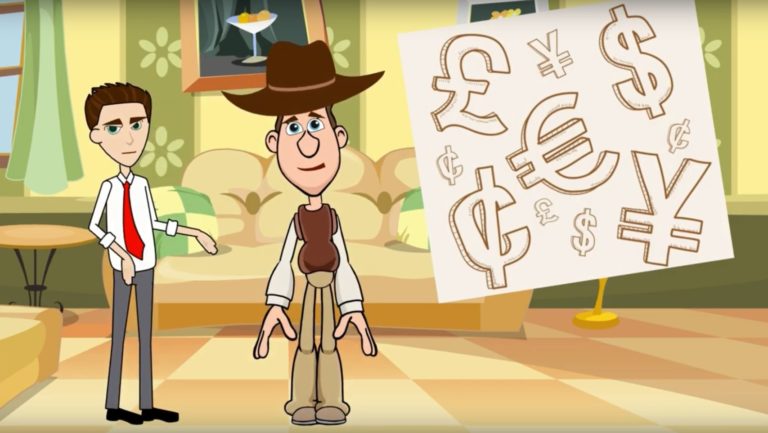 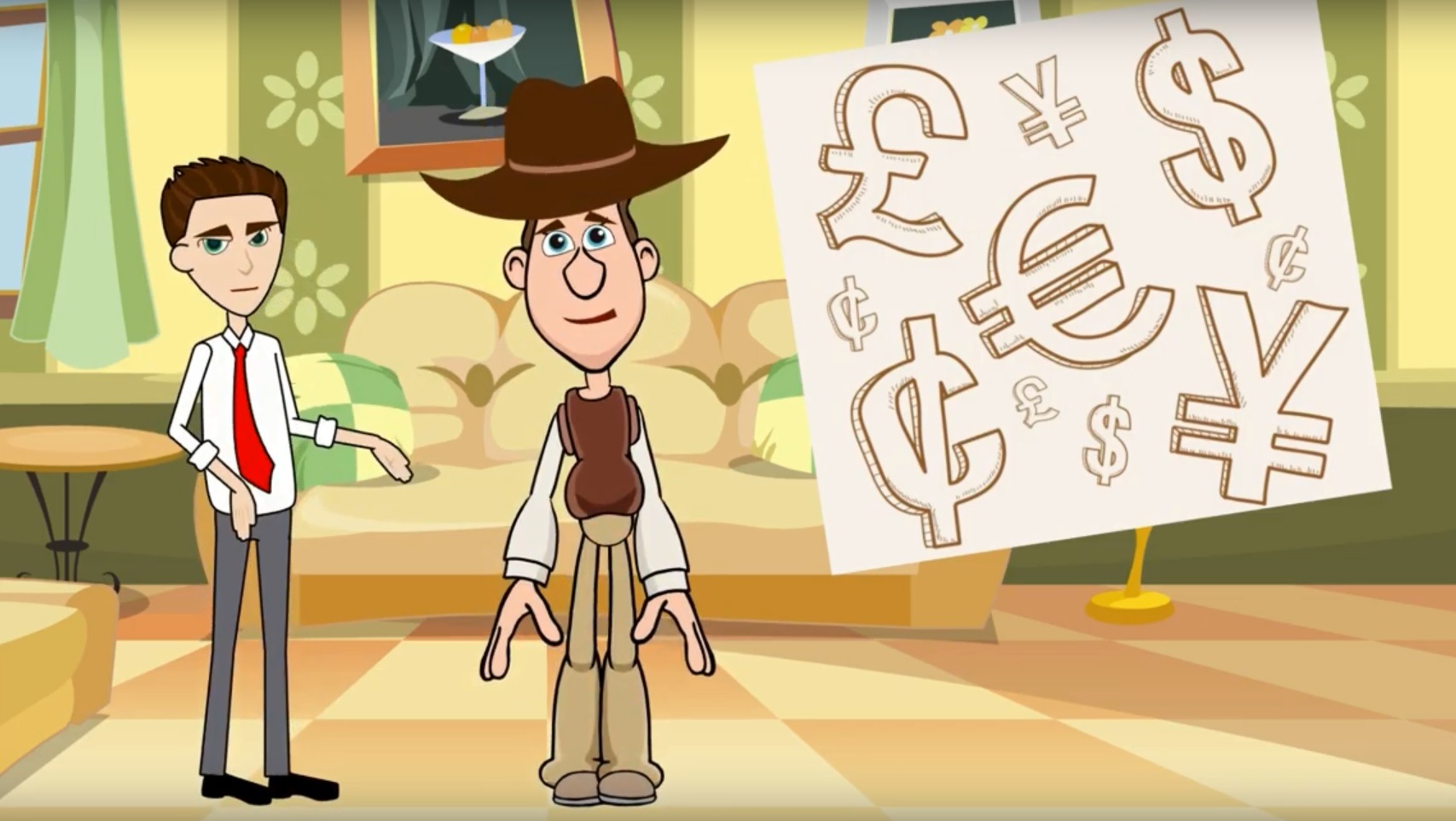